About the Welsh Harp

The area became a Site of Special Scientific Interest (SSSI) as one of the most important bird breeding areas in Southern England. The reservoir provides a valuable habitat for wildlife as well as being an important area for recreation. In 2005 it was recognised as a Local Nature Reserve (LNR).

In the 1980s, the Welsh Harp was transformed into a world class wetlands habitat.

The Northern and Eastern Marshes at the Welsh Harp were extensively reshaped using earth-moving tracked hydraulic vehicles and an Aquacat. Many tons of soil were moved. Islands were created. Willows were cleared. Essential channels were cut into the silt. Reed bed extensions were added. Eighty tons of shingle was brought in by the Environment Agency. A Mudcat suction dredger removed 15,000 cubic metres of silt. Nesting rafts were created. River traps were installed on the Brent and Silk Stream.

It happened once, it can happen again. We're calling on the Canal and River Trust, Barnet Council, and Brent Council to restore the Welsh Harp to its former glory. 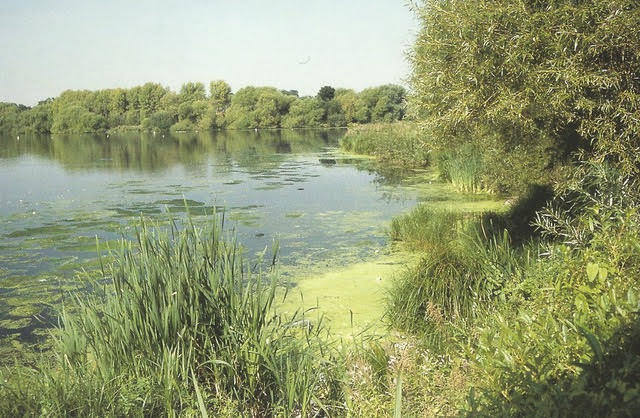 The Welsh Harp in the 1980s. Credit: Leo Batten

Why is the Welsh Harp a Site of Special Scientific Interest (SSSI)?

Natural England designated the Welsh Harp an SSSI in 1950. This is because there are numerous bird and plant species that are special and need protecting.

The Brent Reservoir is of interest primarily for breeding wetland birds and in particular for significant numbers of nesting great crested grebe. The diversity of wintering waterfowl and the variety of plant species growing along the water margin are also of special note for Greater London.

The reservoir, formed in 1835 by damming the valley of the River Brent below the confluence of its two constituent tributaries, is among the oldest of London’s many large artificial lakes. It is unusual in being characterised by naturally sloping earth banks and a shallow depth, features which have encouraged the development of a rich mixture of wetland and waterside habitats.

Along much of the shoreline there is a fringe of fenland plants and several of the species have a restricted distribution in Greater London, the more notable include common spotted orchid and greater spearwort. Toward the head of the northern and eastern areas where, respectively, the Silk Stream and Dollis Brook enter the reservoir, wetland plant communities are more extensive, in places covering large areas of inwashed silt deposits. Here there are varied gradations from open water, through swamp and mixed species fen to willow carr, with damp willow woodland occupying the higher ground. The juxtaposition and expanse of these habitats is of particular value in attracting a noteworthy variety of breeding wetland birds.

Breeding birds of the swamp, fen and willow carr include reed and sedge warblers, reed bunting, redpoll and willow tit. The more secluded areas adjoining open water are the favoured nesting sites for waterfowl species. Coot, great crested grebe, little grebe, moorhen, mute swan, pochard, shoveler and tufted duck regularly breed and gadwall are normally resident during summer. The numbers of nesting great crested grebe are of special significance with recent marked increases making the colony the largest in Greater London and among the largest in Britain. Artificial raft islands anchored across the eastern reservoir arm attract another breeding species, common tern, and are used by waterfowl as loafing places.

Further breeding species are recorded in the willow woodland, these include: bullfinch, greenfinch, jay, willow warbler and wren.

The wetlands are also of interest for their plant communities. The swamps are characteristically dominated by a single species, mainly bulrush and common reed.

In contrast the fen communities comprise a complex mixture of many wetland plants including: lesser pond-sedge, great willowherb, meadow-sweet, soft rush, gypsywort, water forget-me-not, reed canary-grass, branched bur-reed and marsh woundwort. It is in this community type that most of the locally uncommon species are to be found, for example: water-plantain, flowering rush, water dock and lesser bulrush.

In winter the combination of secluded wetland, shallows and extensive open water serves to attract a wide range of waterfowl. Maximum counts of pochard and gadwall occasionally reach levels of national significance while wintering waders include snipe and jack snipe.

The reservoir has also long been noted as one of the major wintering sites in Greater London for smew, the scarcest of the regularly wintering species of duck in Britain.